Charlotte Dujardin puts a spring in her horses' stride with innovative flooring.

Some athletic achievements are helped along with the latest high-tech advancements. Olympic swimmers shave time with second-skin suits. Skiers get faster skies. Ultra-light tennis rackets parlay the power of an opponent's shot into a winning return.

There's no shortage of technological advances supporting equestrian accomplishments. However, the woman who's accomplished the latest of those in the dressage world does so with the simplest, most old-fashioned strategy. 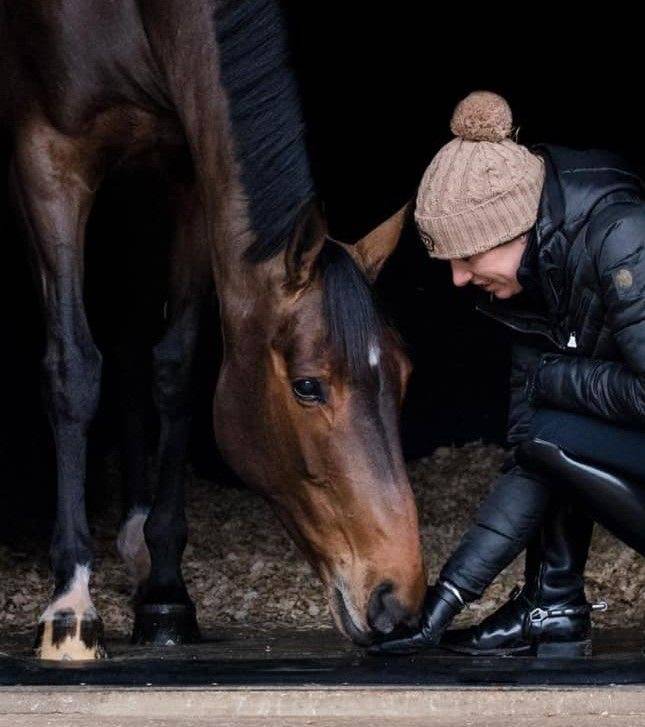 "We let horses be horses," says Charlotte Dujardin, MBE, the Olympic, World Equestrian Games and World Cup champion. "Our horses get the very best of care, but we don't really do anything too special or out of the ordinary."

Charlotte's horses live and work at the yard of Carl Hester, her Olympic gold teammate, multi-medalist, mentor and training partner. At their training base in the U.K.'s Gloucestershire County, the horses spend as much time outdoors as possible. They're often schooled in the field and hacked on open roads. Neither the footing nor the weather is perfect during that work, and that's part of the point. "You're going to have to ride a test in the rain and wind someday, so the horses best be used to it," Charlotte told clinic participants some years back.

Indoor life, however, is a necessity at least some of the day. That's why Charlotte is head-over-heels about ComfortStall Sealed Orthopedic Flooring by Haygain. Suggested by one of her clients, the unique cushioned surface was recently installed in three stables at Carl's yard.

"There are a lot of products that can be sold by telling you about it," Charlotte notes. "But this, when you actually walk on the product, it sells itself straight away."

Charlotte's top stars, Mount St. John Freestyle and Gio, received the first two stables. A third went to En Vogue, who Charlotte owns and Carl campaigns on the international dressage stage. "Freestyle definitely deserves it because she competes at the highest levels and I thought it would be good for her joints." Gio has it for similar reasons and neither horse has any health challenges that factored into their selection. En Vogue has a mild case of Shivers, a neurological condition that has not interfered with his remarkable ascent. "Yet, I thought he would benefit from the flooring's extra support," Charlotte explains.

All three horses appear very comfortable on the flooring. Comprised of a layer of orthopedic foam covered by a durable, single-piece top cover that is sealed to the stall wall, it provides cushion, softness and sufficient traction for easy ups and downs. Like many ComfortStall residents, Gio loves lying down in his stable, a position important to the deep sleep and rest from which horses benefit as much as people.

"If I'm honest, I'd would want to sleep on it myself," says Charlotte. "It has so much bounce - like you are on a spring. So much more so than rubber mats."

Freestyle, Gio and En Vogue will need that spring in their step as they prepare for the hoped-for resumption of the 2021 international show season. The Tokyo Olympic selection process remains in limbo over whether qualifying competitions can be staged amid ongoing COVID-19 lockdowns.

That's out of Charlotte's control. What she can control, the horses, finished 2020 in peak form at the LeMieux British National Grand Prix Championships at Hartpury just before Christmas. Charlotte and Emma Blundell's Freestyle, by Fidermark, won with the help of a 90.2 freestyle score. Along with the victory, that shut down speculation on whether record-breaking scores with her legendary partner Valegro could be topped. Gio's freestyle was not far behind at an 88.05, putting the pair into the reserve champion role. The 9-year-old Apache gelding is two years behind Freestyle in his training, but not in his progress, Charlotte notes.

Keeping the podium positions in the yard, Carl and En Vogue, by Jazz, laid down an 86.47 score in the freestyle to stand third.

Charlotte's horses had no problem with the Championships' COVID-caused no spectators policy. Not so for Charlotte. "I hate not having people there! It's so empty. It just feels like you are riding another test at home." On the upside, the many test segments ridden at home throughout 2020 paid dividends in low-pressure opportunities to progress. "The horses are so much stronger mentally and physically," Charlotte says. "Now, we are ready to go!"

Another upside to many months at home has been spending time with Valegro. He was retired from competition in 2016 but continues to have a huge fan following. On the 18th of February, a beautiful bronze of piaffing Valegro was unveiled in the Market Square of his hometown, Newent. Three years in the making, the sculpture by Georgie Welch commemorates the many accomplishments of the "Dancing Horse" famous to dressage and sports fans worldwide and a star of Charlotte's best-selling autobiography The Girl On The Dancing Horse.

"It's crazy to think that he is 19," Charlotte reflects. "If you saw him you wouldn't believe that he is out of sport. He looks a million dollars." He is ridden four times a week. "Our working girls get to do some stuff on him: a bit of piaffe and passage: they're very lucky!" Weather permitting, he spends most days out in the field and has a very nice life. "As long as he's fed he's happy!"

Here's hoping Valegro's successors on the international stage will soon have a chance to show off their new springy steps. Ever thought about steaming your hay?

Haygain Steamers are the only scientifically proven way to help protect respiratory health. 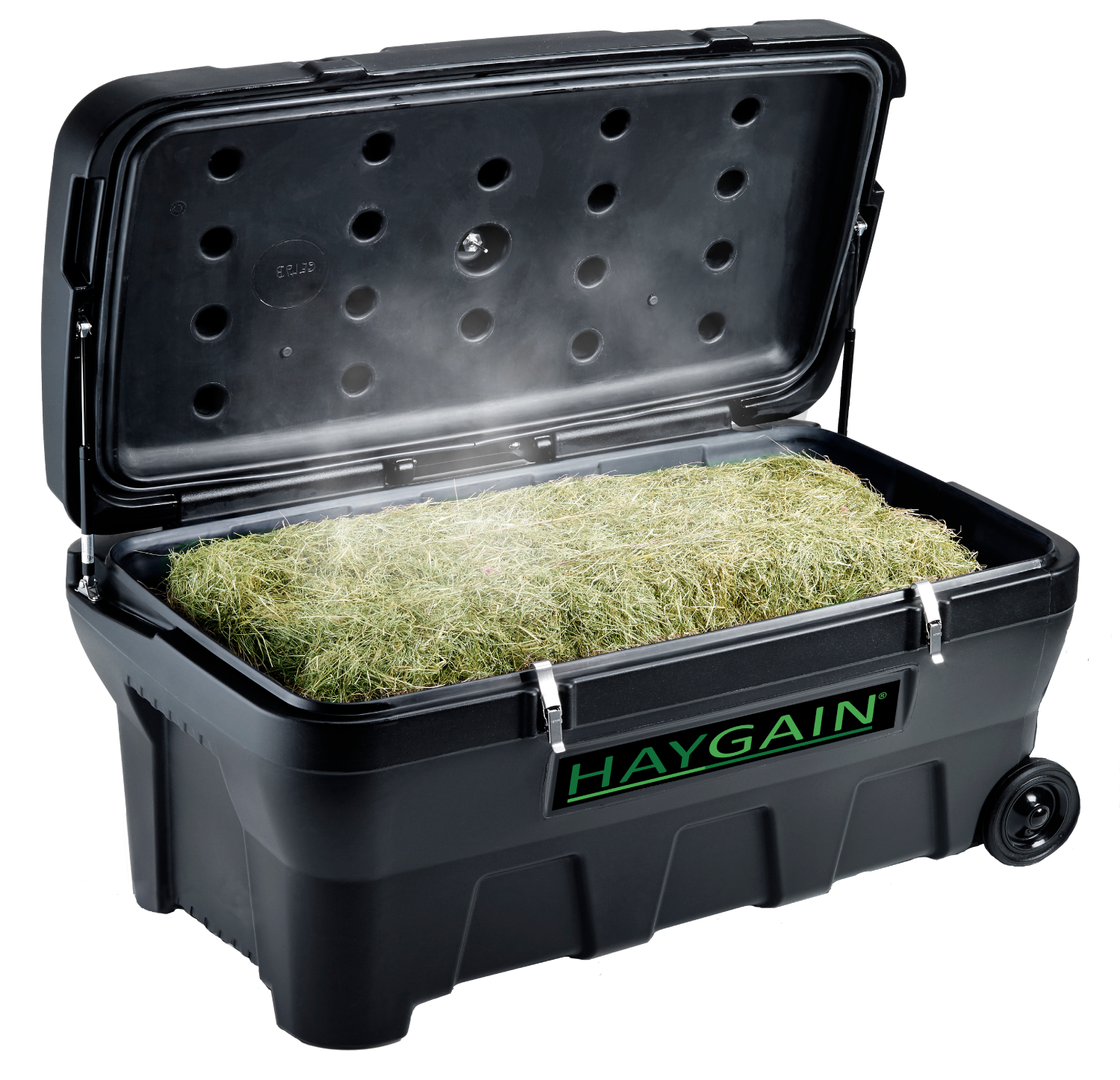 What is the Secret to ComfortStall? 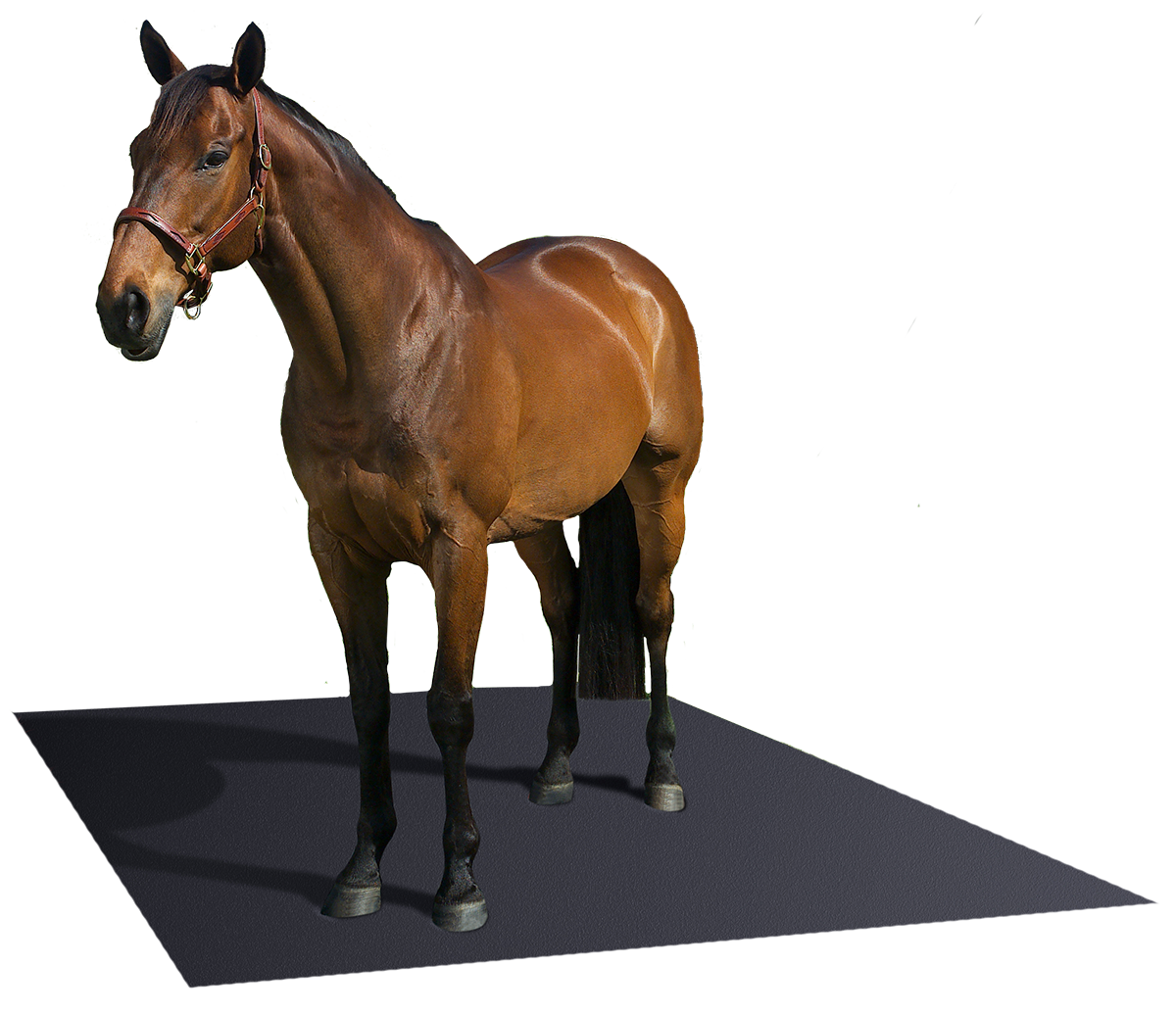