British horse owner encourages others to pay keen attention to the earliest signs of trouble when it comes to respiratory health and credits Haygain Way products with helping get her heart horse on the right side of a frustrating health odyssey.

A several-year struggle with Severe Equine Asthma, digestion problems and a bacterial infection in her horse's lungs motivated a British horse owner to warn others: "Don't wait until there our outward symptoms." Sophie has owned the now 8-year-old since he was a foal and hopes that sharing their story can help fellow horse owners cope with similar issues.

This odyssey started when the horse was 4 and undergoing a check-up for something seemingly minor. The veterinarian asked if Sophie had noticed an elevated respiratory rate or a small cough. "He had not struck me as ill at all," she notes. It was winter and he was living inside more, so it seemed "just a winter cough."

There's no such thing as "just a cough" when it comes to horses.

The veterinarian's concerns led to a lung wash that revealed a high neutrophil count, an indicator of inflammation often triggered by an infection. "It's not great to hear that your 4-year-old has Stage 4 Equine Asthma," Sophie remembers. It was especially distressing because he was not exhibiting symptoms and Sophie was already organizing his care with respiratory health in mind.

The veterinarian recommended Haygain Steamed Hay and corticosteroids to treat the inflammation. Haygain Hay Steaming reduces up to 99% of the respirable particles found in hay: a main cause of irritation and inflammation in the respiratory tract. Delivered in aerosolised form via a Flexineb Portable Equine Nebulizer, the corticosteroids address inflammation deep in the lungs.

Those measures helped him for the short term and Sophie thought maybe it was a condition he'd outgrow. Aside from occasional Flexineb treatments with saline solution or SilvaPlex anti-microbial, he was comfortable on just steamed hay without medications for about a year -- even living in an American style barn with several horses housed under one roof 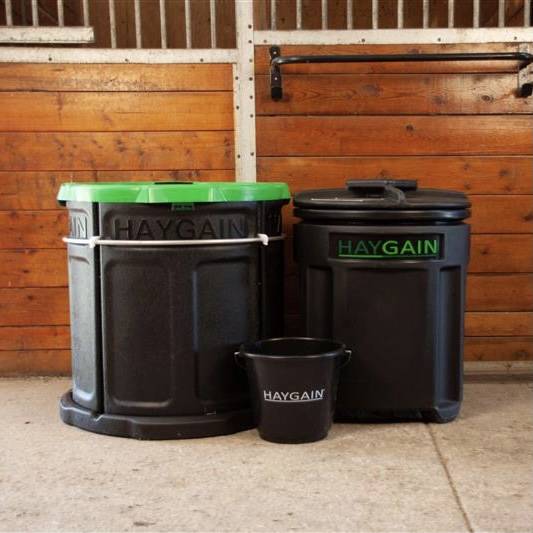 When it came time to send him away to be started under saddle, it wasn't feasible to send the Hay Steamer along. The vet suggested haylage for that period. The horse was OK at first, but six weeks in, "My phone rang saying he was coughing, and I think we need the vet," Sophie shares.

He went back on the steroids, which brought his cough relatively under control. He returned to Sophie's hometown, but to a livery where she did not have full control over his feeding routine. Again, Steamed Hay was not an option.

The horse stayed on haylage and was OK for another spell, until the quality of the haylage became inconsistent. That went along with a new bout of colic, something he had dealt

with a few times before. "He is a very sensitive horse who had also suffered ulcers in the past," Sophie explains. "We put it down to the poor haylage quality."

The colic went along with increasing respiratory rate and effort. "It seemed like a domino effect," Sophie reflects. "Like his whole system was affected." He was given Ventipulim syrup to ease the coughing and difficult breathing, and put back on nebulized steroids -- all to no avail.

By then, the yard where he lived had a new manager who was happy to take on daily Hay Steaming. "She is very proactive and found it easy to do," Sophie reports. Best of all, his gut function "improved 10-fold" once back on Steamed Hay. "On haylage his droppings were quite sloppy and now that he's back on steamed hay, they're fine." 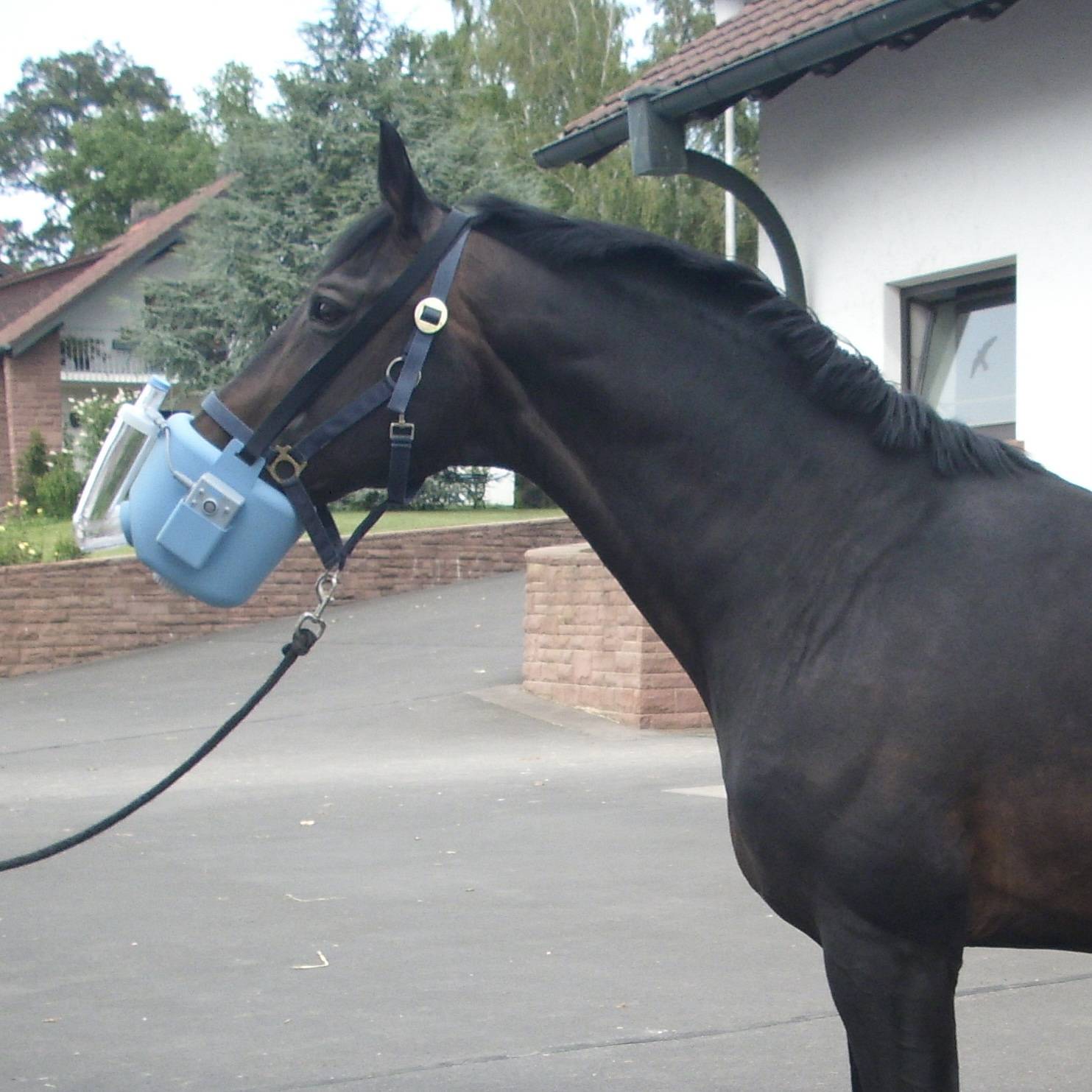 Yet, his asthma symptoms persisted. What turned out to be a bacterial infection presented as "a hacking cough with thick white discharge, and a neutrophil count that was through the roof." Sophie was heartsick to see her heart horse so poorly.

The veterinarian called Haygain's headquarters in the Berkshire for advice. An increase in the steroid dose, from 1 to 4 milligrams, was suggested and that's what turned the tide. "He was getting worse and it seemed we just hadn't been knocking the infection down hard enough," Sophie shares. She's grateful to the Flexineb's dosing flexibility.

He began to feel better quickly, while staying on the steroids for an extended period. Still, the accumulation of inflammation in his lungs will take a long time to approach normal. Along with continuing the Steamed Hay, Sophie "overhauled" her horse's environment for the healthiest breathing zone possible. He lives outside much of the day, and his indoor stabling includes cardboard bedding. Nebulized natural solutions are administered as needed.

Sophie knew that corticosteroids are not a long-term remedy for respiratory challenges, but she feared the day when her veterinarian would recommend her horse stop that medication. That point could not have come at a worse time because it occurred just when Sophie was called out of town and could not be onsite to ease the transition with nebulized therapies.

Its design lets horses eat in a natural, head-down grazing position, so Sophie knew that respiratory drainage could occur. Eating from a hay net, he maintained an elevated head position that prevented that drainage. The Forager also keeps his clean Steamed Hay off the stable floor, reducing the risk of contaminants getting into his respiratory and digestive system.

Used with High Temperature Steamed Hay and the Flexineb, the Forager Slow Feeder "is the last piece of the puzzle," Sophie enthuses. She returned from her rare weekend away to a happy, healthy horse. He has continued to be that for three months and counting.

"Without a doubt, the combination of Haygain products is what is keeping him here and healthy," Sophie asserts. "I just wanted to tell other horse owners that you can cope with these conditions. It doesn't have to be the end."

"I bought him as a 3-month-old and I know everything that's ever happened to him. Even through the initial stages, you don't think that your horse has asthma. It's only when you can piece things together in hindsight."

Above all, "Don't wait until there are outward symptoms."