Here is the story of Legend, a rescue horse lucky to have found his owner, Alexis, and she is lucky to have found Haygain! A 360-degree turnaround was triggered within less that three days of starting on steamed hay, Alexis reports. “His coughing completely disappeared." 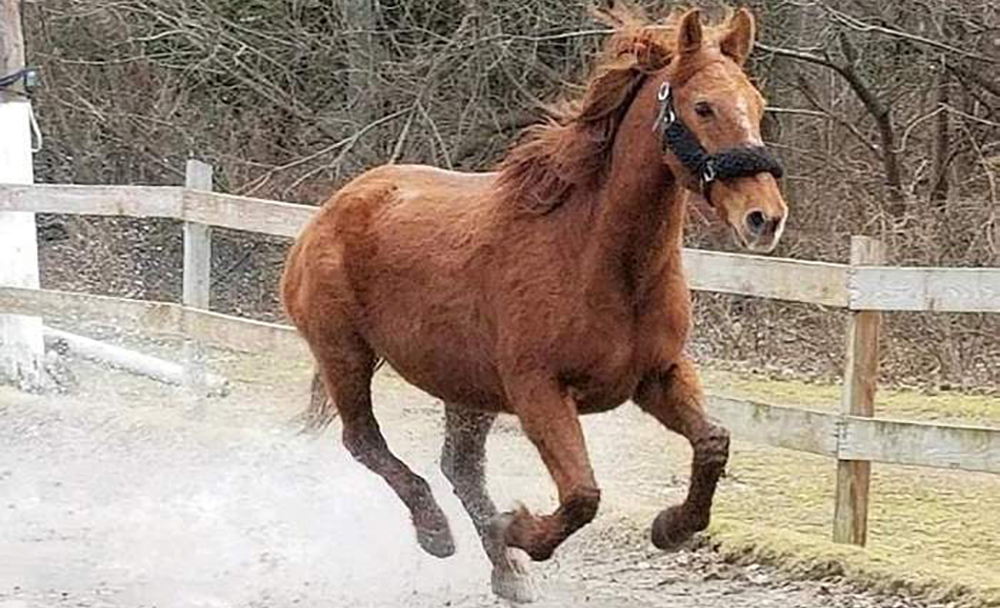 Planning for an expected ending

The 23-year-old Mustang, Legend, had a bargain basement price tag when his plight came to Alexis and Sam Conte’s attention. Removed from Bureau of Land Management Land in Nevada as a yearling, Legend was adopted by a West Virginia horseman who was 60 at the time. Twenty years later, the man passed on and Legend’s life was in limbo.

He was given away, then landed in an “unfortunate” situation, Alexis recounts: a sales lot where trucks bound for slaughter houses in Mexico left every week.

She learned of the chestnut gelding who hailed from the White River Herd Management Area through friends and couldn’t turn away -- even when told of Legend’s Recurring Airway Obstruction and that “there wasn’t much that could be done about his breathing.”. Even if it turned out Legend could never be ridden, “We decided that he was going to have a good ending.”.

"Good ending” is a gross understatement for the nearly two years since the Contes took Legend on.

We decided that he was going to have a good ending.”

As predicted, riding him wasn’t in the cards because his breathing was so bad when he arrived. Respiratory issues affect a huge percentage of all horses and their most extreme manifestation, RAO, usually dictates life as the pasture ornament Alexis expected Legend to be.

She assumes that his RAO was never treated. Veterinary exams confirmed extensive and irreparable damage to his airways, one of the horse’s most delicate and vulnerable systems. But things turned around when Alexis found Haygain USA while searching for ways to make him more comfortable. She describes the Flexineb Equine Nebuliser and Haygain Hay Steaming as “game changers”. 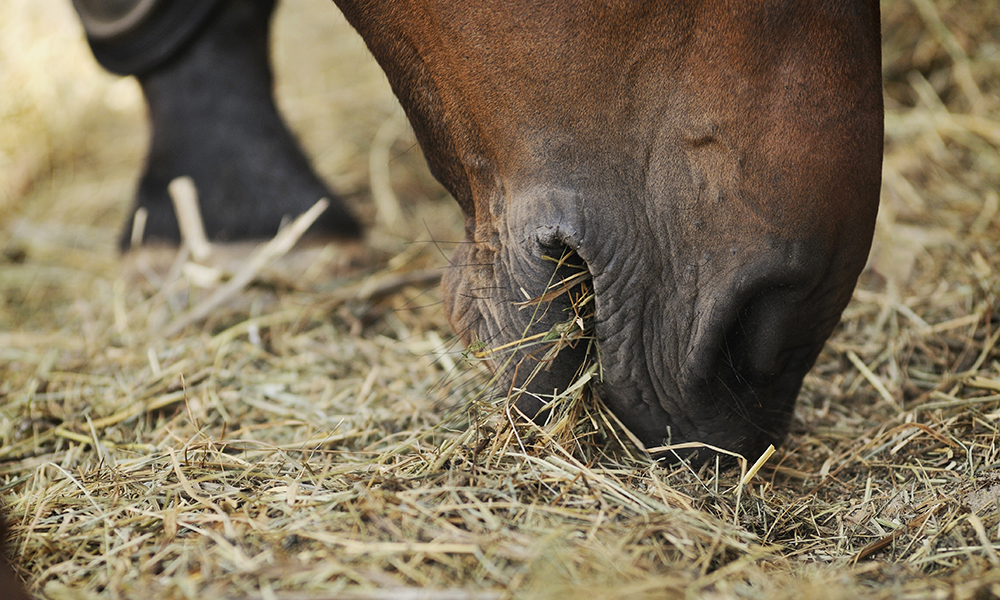 The turn to hay steaming with Haygain

The Flexineb nebuliser aerosolises medications and saline solutions for easy delivery and maximum absorption in the respiratory tract. Legend was treated with EquiSilver Respiratory Solution, a chelated silver solution that kills infectious microorganisms by preventing the uptake of oxygen. The anti-inflammatory cortisone steroid, dexamethasone, was also delivered through the Flexineb to good effect.

Combined with soaking Legend’s hay to dampen dust, Legend was breathing much easier.

That is until a new batch of hay arrived and he “had a super big crisis,” Alexis relays. “We thought, That’s it! We’re going for the hay steamer.”. A “360-degree turnaround” was triggered within two to three days of starting on steamed hay, she reports. “His coughing completely disappeared.” High temperature steaming eliminates 98 percent of breathable participles found in even top quality, most expensive hay. Eradicating dust, fungi, mould and bacteria is good for all horses and can be a life changer for those with existing respiratory issues.

Breathing reduced to a sweet 16

The steamed hay diet combined with Flexineb treatments and respiratory supplements, Lung EQ and EquiPulmin, brought Legend back to a rideable state. Alexis and her husband enjoy trail riding near their East Putnam, Connecticut home, and Legend has become a star in this happy chapter of his life. Even at 23, “He has much more go than whoa!”

Legend’s respiratory rate is a brag-worthy point of pride. Before receiving steamed hay, he took between 28 and 36 breaths a minute while at rest: considerably more that the 10 to 24 considered normal. Since adding steamed hay, that’s dropped to 16. “I’ve posted that news all over the place!”, Alexis reports.

He has much more go than whoa!”

Steamed hay is now part of the daily regime

Using the Flexineb after a ride as needed and providing daily steamed hay are steps Alexis is happy to take, even though they have to fit into a schedule busy with full-time careers. On top of that, Alexis and her husband board their horses at a public stable while they finish construction on their own home barn. With the stable owner’s cooperation, the couple picks up Legend’s hay at the yard, brings it home and steams each day’s batch after work while getting ready to ride. “We throw it in our Haygain hay bag, bring it to the barn and the stable owner feeds it for us.”.

“Some people say, ‘Geez, you have to do all that?’", Alexis shares. “But, it’s not hard and the benefits are big! I’m so thankful I found the steamer and the Flexineb.”.

[...] it’s not hard and the benefits are big! I’m so thankful I found the steamer and the Flexineb."

Legend is likely thankful Alexis found him, too. She has a soft spot for all horses and especially Mustangs. She’s a proud member of the Mustang Heritage Foundation that promotes adoption and lifelong good care of these American Wild Horses removed from public lands. “Everyone should adopt a Mustang!”, Alexis asserts.

Haygain is committed to improving equine health through research and innovation in the respiratory and digestive health issues. Developed by riders, for riders, we understand the importance of clean forage in maintaining the overall well-being of the horse. Our hay steamers are recommended by many of the world’s leading riders, trainers and equine veterinarians. Click on one of the links below to find out more information.

See what other owners say No cough, no worries? Don’t believe it!