Pam Smith’s many years as a successful advertising and marketing executive steer her buying decisions as the owner of a stable near Chicago. Claims regarding a horse keeping product’s effectiveness spur a scoff and a “show me!” response. “I’m really cynical,” she admits... 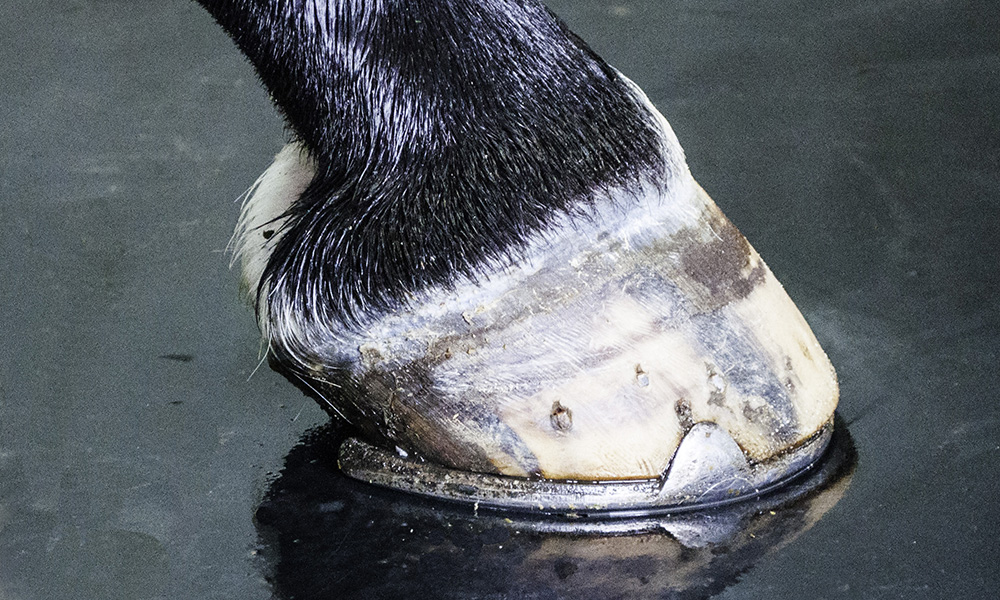 Haygain’s Hay Steamers and ComfortStall flooring were two products with marketing assertions that put Pam’s BS detector on high alert. If those claims were true, however, Pam knew they could significantly help the horses at her PM Farms about 45 minutes southwest of Chicago.

Within a few days of buying a steamer and getting the horses on ComfortStall Orthopaedic Sealed Flooring, both products passed Pam’s strict test. “They have both shown me that they are absolutely wonderful products that do what they claim to do.”.

They have both shown me that they are absolutely wonderful products that do what they claim to do.”

With early November temperatures already in the teens, the doors at PM Farms’ heated barn are closed up during the cold season to seal in warmth. Opening them up one recent 15-degree morning, Pam was overwhelmed by the distinct smell of a healthy stable. Although her stable is meticulously kept, past instances of walking through those doors sometimes triggered a "Let’s get those fans on!” .

Today, with horses in the barn getting steamed hay and standing on ComfortStall flooring, Pam walks into the barn and smells “nothing!” she reports happily. “It’s an incredible difference. I can’t give you the scientific reason for why that is, but it’s a wonderful feeling and I can see that the horses are really happy.”. 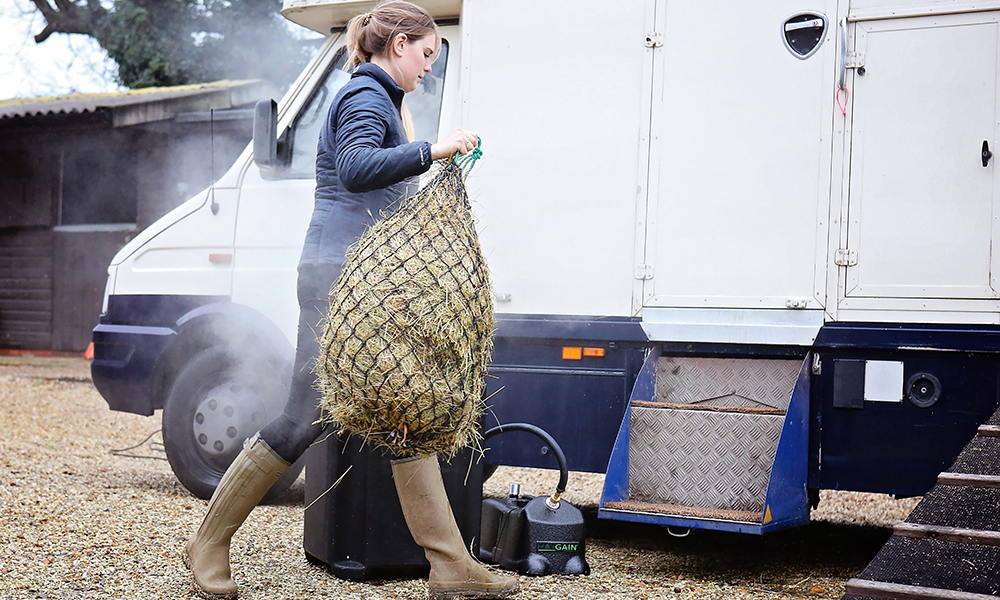 There are scientific reasons for the absence of bad barn odours. Haygain high temperature hay steaming rids hay of up to 99% of the dust, mould spores, fungi and bacteria found in even top-quality hay. ComfortStall reduces barn odour because its top layer is sealed to the stall walls, preventing urine and its ammonia off-gases from seeping down and accumulating - as they do underneath traditional stall mats. Instead, horses urinate in what are the typically small and easily-removable quantities of shavings required to absorb it. Bedding beyond that is optional because proprietary orthopaedic foam underneath the top cover provides all the cushion needed for comfortable standing and deep, beneficial lying-down sleep, which most horses do a lot of on this unique flooring. At PM Farms, Pam surmises that covering up the limestone base of the stalls’ foundation is another way ComfortStall has helped reduce bad smells.

ComfortStall also provides “proprioception,” the constant, tiny muscle movements that improve whole-body circulation and healing from both normal daily work or after surgeries. One of the horses at PM Farms recently had surgery on a hind leg. Before Pam hauled the horse home for four weeks of stall rest, she told the vets at the University of Illinois Large Animal Clinic that he’d be going home to ComfortStall flooring. “They said that was fantastic because it should really help his healing and recovery.

It’s an incredible difference. I can’t give you the scientific reason for why that is, but it’s a wonderful feeling and I can see that the horses are really happy.”

Regarding her buying decisions as a stable owner, Pam explains that a special, retired mare prompted her research into managing respiratory health. Campaigned to good scores at the Prix St. Georges level by her daughter, professional dressage trainer Melanie Sus, the mare was retired after complications stemming from a tumour in her lung. Even retired, she’s still treated like the royalty, hence Pam’s quest for ways to reduce her coughing and respiratory discomfort. Pam tried everything: wetting the mare’s hay and even devising their own hay steamer: “Nothing was really helping her.".

A monetary return on investment was another of Pam’s priorities in investigating ComfortStall. As a stable manager, less bedding – incoming and outgoing as hauled-away waste – is already a clear cost saver. She anticipates that reduced labour needs will be another in the future. 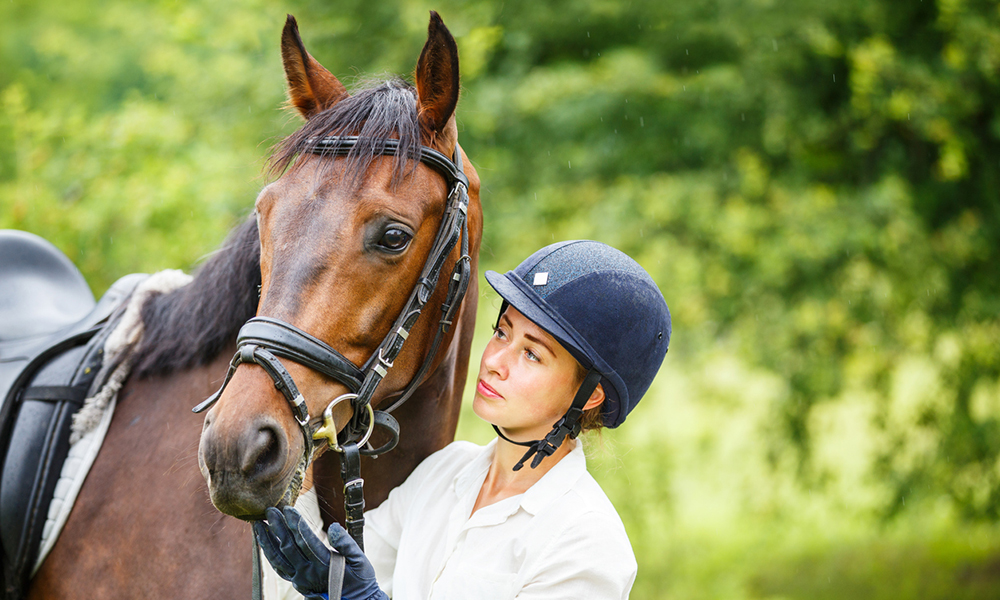 “The Haygain steamer and ComfortStall have made a huge difference,” Pam relays. “The mare had already gotten better when she started on Haygain steamed hay and I was shocked when she got even better after the ComfortStall went in. It must really reduce her exposure to allergens and ammonia.”.

The Haygain steamer and ComfortStall have made a huge difference,”

Pam’s main business in her “retirement” is that of saddle fitter for highly regarded County Saddlery. Just as in her corporate days, her success helping find and fit horse and rider in the right saddle is all about “What can you provide your clients that is better than they can get anywhere else?”. As a stable owner, that translates to, “How can you provide the best situation for the horse and also make your stable management efficient and cost effective?”.

Because Haygain Hay Steaming and ComfortStall have performed as advertised, Pam has found help accomplishing both at PM Farms. In letting the products do their own talking, Pam went from “show me” sceptic to horse keeper who’s happy to show others how true the products’ remarkable claims are.

Haygain is committed to improving the respiratory and musculoskeletal health of horses through research and innovation. Numerous scientific trials have shown that Haygain's high-temperature steaming eliminates 99% of dust, mould, bacteria and fungi in hay; effectively removing the health threat from respirable dust.

Developed by riders, for riders, we understand the importance of clean forage and a healthy stable environment for maintaining the overall well-being of the horse. Our hay steamers are recommended by many of the world’s leading riders, trainers and equine veterinarians. Find out more by clicking on one of the links below. The Ammonia smell in the stable: Is it a health threat? Or an innocent, if unpleasant, part of life with horses? It’s a good time to be Martin Fuchs. Previously World...