Amy Woodhead's base at the Weelsby Park Equestrian Centre is steeped in British Equestrian tradition. The beautiful Grimsby facility has been in the Woodhead family for 85 years and the riding school Amy’s grandparents established there in 1948 produced hundreds of equine enthusiasts. It was the horsemanship base that launched the career of Amy's father, Ian Woodhead, a renowned eventing rider and now coach. Now a rising star on the international dressage circuit, Amy started at Weelsby alongside her sister Holly, a top young eventer. 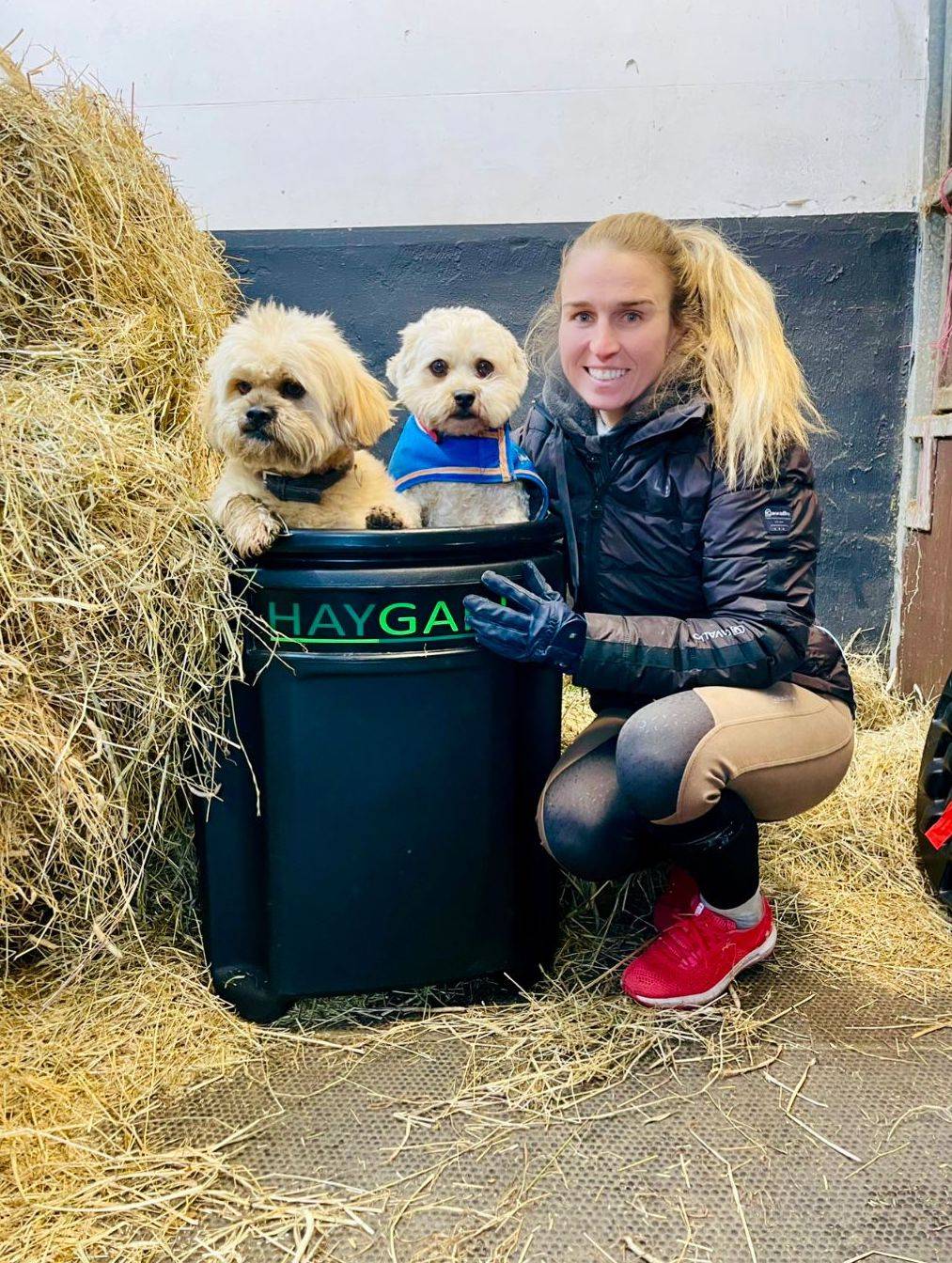 Tried-and-true horsemanship traditions guide Amy’s international ascent and the successes of her many clients and horses. When it comes to what's best for her horses, "tried-and-true" is an ongoing process, Amy explains. "Things are constantly evolving and improving. It's always getting more important to treat our horses as athletes because we are asking more and more of them."

That explains Amy's interest in Haygain High Temperature Steamed Hay. "I've always been very interested in it for the pure fact of everything it does." Haygain's patented method uses a spike manifold system to inject high-temperature steam evenly throughout hay in a thermally-sealed chest. These 100°C-plus temperatures are what's needed to kill mould spores and bacteria commonly found even in hay of good nutritional quality. The invisible irritants are the primary causes of respiratory problems that affect over 80% of active sport horses, often without obvious symptoms. In fact, veterinarians routinely look to respiratory function as a source of diminished performance in otherwise sound horses.

"When we’re asking our horses to work at maximum capacity, we want to know that they are healthy in their whole body, including their lungs," Amy explains. "It's always been my philosophy that, if you don't have a horse that is happy and healthy in its mind and body, you don't have anything."

Not Everything Old Is Good

In her grandparents and father's era, soaking hay was the common way to reduce breathable particles. While soaking can dampen down these invisible bits, it has many drawbacks: even a 10-minute soak can increase bacteria content by 150 percent and the effluent is 9 times more polluting that raw sewage. It's a mess and bother to boot.

Amy appreciates having modern technology’s help in keeping her horses healthy and happy to perform at their peak. The top stallion U-Genius I was first on the list to get Steamed Hay because he tends to cough during the winter months while spending more time living indoors. Compared to living outdoors, horses are exposed to 50% more respirable particles living inside the stable.

Amy started working with the big black stallion when he was a 4-year-old. Their formative years together were spent under the guidance of Carl Hester, for whom Amy rode young horses before stepping out on her own in 2017. Sired by Carl’s 2012 Olympic gold partner Uthopia, U-Genius is poised to debut at Grand Prix in the coming season. “We have high hopes for him next year,” Amy says of the patiently developed horse. “We wanted him to get a lot of strength and mileage in the arena before coming out at the level.”

Like Carl, Amy believes in well-rounded lifestyles and fitness programs for her horses. “I may be more versatile than other dressage riders because of where we are based and because my dad and sister are eventers.” Gallops on nearby Cleethorpes Beach and jump schools are regular activities for her horses. “We like variety and it all goes back to the fitness. Opening up the horse’s lungs while cantering on the beach can tell you a lot,” Amy notes of one way she monitors her horses’ respiratory function. “One horse is breathing a little heavy during that and he’ll be next on the list for Steamed Hay.”

Meantime, U-Genius I is enjoying his Haygain meals and the indoor living cough has gone away since getting forage that’s virtually free of respirable irritants. Amy hopes to get more of her horses onto Haygain Steamed Hay in the future. Even without a cough or another clear sign of respiratory challenge, horses benefit from clean forage and from the extra moisture present in Haygain Steamed Hay. 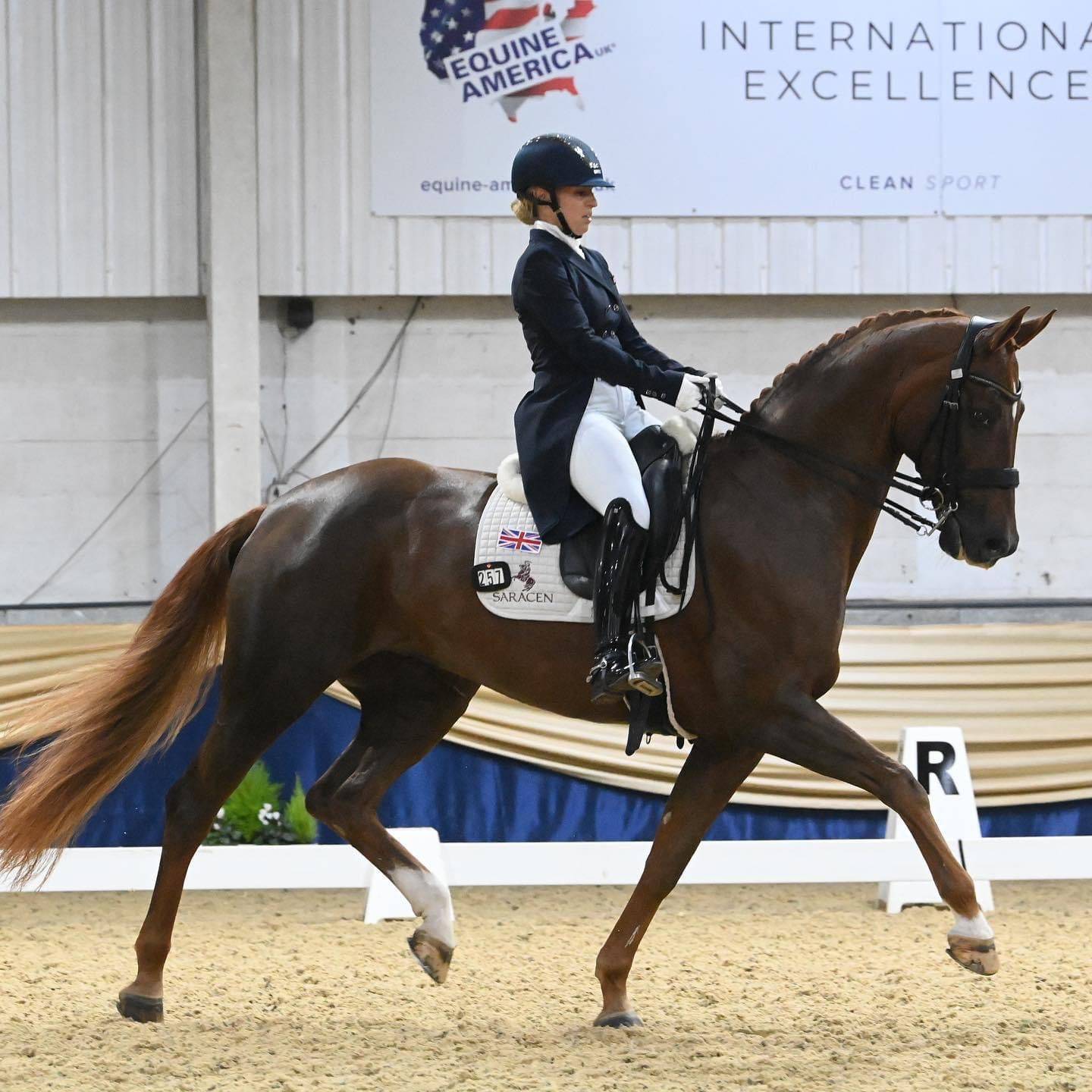 Amy is excited for the future. The British Dressage Intermediate II champion Mount St. John’s Komfairytale, aka “Princess,” continues to excel along with others from the renowned breeding program owned by fellow Haygain fan Emma Blundell. A robust roster of horse owning supporters and talented students has Amy on a well-founded professional path far into the future.

The Woodhead affiliation with highest quality care and horsemanship continues with Amy’s riding, horse development and work with her ambitious young riders. Haygain is honoured to have Amy on the #SteamTeam.