My horse has a snotty nose, what does it mean?

Dr David Marlin and Dr Kristie Pickles have teamed up to talk about the snotty horse and what conditions of the lower and upper respiratory tract can cause nasal discharge. NB articles contains descriptive images of respiratory conditions. 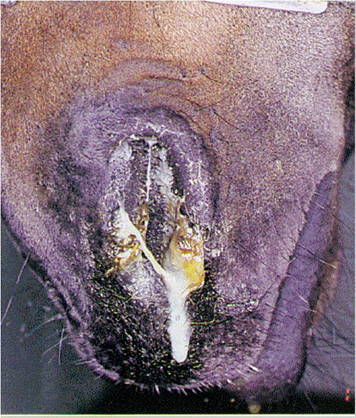 Figure 1: Purulent nasal discharge in a horse with strangles. 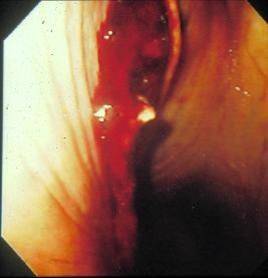 Figure 2 : Endoscopic image of the back of a horse’s throat showing blood present at the opening of the guttural pouch in a case of guttural pouch mycosis (fungal infection). 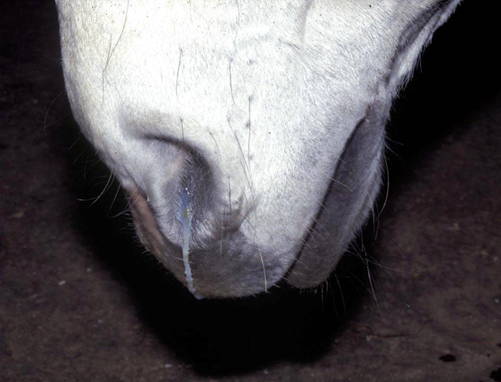 Figure 3 : White nasal discharge from a horse with equine asthma. 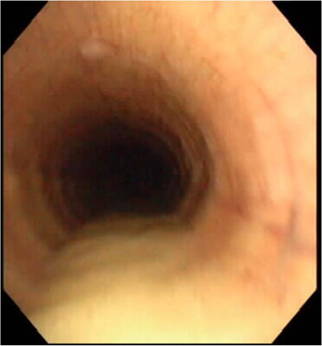 Figure 4: Endoscopic picture of a horse’s trachea (windpipe) showing a wide stream of mucopurulent material in a horse with severe equine asthma

The excess mucus and inflammatory cells produced by the lungs can be observed in the lower trachea and a sample collected (via ‘tracheal wash’) for analysis. Respiratory secretions can also be collected from the small airways using a technique called a ‘lung wash’ or ‘bronchoalveolar lavage’. During disease remission these secretions and their cellular content return to normal.

Asthma can be prevented if the causative allergens are known. For example, a horse with allergens in the stable environment can often be kept in remission by avoiding hay and straw. If this isn’t possible and you’re feeding hay or haylage then high temperature steaming is an effective way to reduce airborne respirable dust and allergens prior to feeding. For horses with field-based allergens, this is far harder as the allergens are difficult to determine and are often very hard to avoid. Once diagnosed, the horse will always be susceptible to asthma; the disease is managed not cured. It is best to prevent asthma rather than need to treat it with drugs. If good environmental management cannot be maintained, treatment with oral or inhaled steroids and/or bronchodilators may be required.